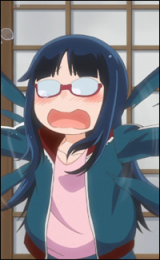 I read a very interesting point in another thread, and I was going to reply this to there, but I figured here would be a more appropriate area, and I wouldn't be derailing another topic.


Kitten_nyan wrote...
As for the mascot thing... I don't really like her either, I agree with the fact she should be hotter and more perverted. I'm surprised at the fact she just appeared one day and that was that. It would have been better to hold a contest, there are plenty of talented artists on here who would have jumped at the chance to contribute.

I found that to be an extremely interesting point. How many times has Jacob come to us with his ideas and basically had a democracy on what we wanted for duschkr.ru?

When it was the hen-tie shirt, we decided whether or not it should have Hen-tie written at the bottom, we decided what kind of font looked best, etc.

The Pizza shirt that's a spoof of Mario, he had us tell him what we thought looked better, with the mushroom banner - without it, or on the back of the shirt.

Why did Momoka come out of the blue like this? Not only that, but 2 mascots, and one having a character personality a lot of people don't even like (I'm sure there's more Tsundere lovers out there than there are Yandere.)

I do like Momoka, I think she's cute, but having read that point, there are tons of very talented artists on duschkr.ru who could probably come up with amazing ideas themselves, so why was this something left out for the user base to potentially help create?

This is what I'm not asking:
The possibility of removing Momoka

I'm not upset that she's there, I'm just curious why (Other than "because I'm the admin and I can") things turned out the way they did. The mascot potentially could be a stepping stone for duschkr.ru - just like the hen-tie t-shirt was the stepping stone of Sanshee. 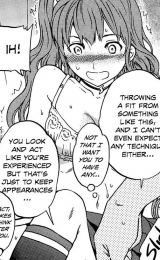 Yeah... though I like her, it would be cool to have a little input on it.
Maybe the second mascot will be the beloved, tie-toting hen?

Though I guess he did get input from one person, the artist/friend Emi... and it's really Jacob's site so I can't cry foul. Maybe some sort of story about Momoka, or a manga about her, could be crowdsourced! That way any capable person could contribute?
Brittany +0 points duschkr.ru Production Mngr
Jun 15, 2010 at 2:51 am

I agree, I don't think anybody can sit here and say "That's not fair" because we weren't involved, because in the end it is Jacob's site

And it's already been made clear that Momoka can be crowd sourced with different various things, people have already started to do so.

I just thought it'd be nice to hear more about the developement, reasoning, or future plans the mascot has to share with us ;p
Jacob +0 points
Jun 15, 2010 at 3:40 am Actually a lot of thought went into the mascots, we have been being worked on them continuously over the past few months. And personally I am incredibly happy with how came out. She embodies exactly what I would like to see in a mascot for this site. Her attributes (twin tails, stockings, striped panties, etc) are a combination of the artists and my favorite moe characteristics, and her personality will also reflect this.

I think the fact that the design is relatively simple allows us to put her in a wide range of outfits for different events that will be taking place in the future. It allows us to easily with whatever we feel like, whether it be the seasons or a new trend. And it allows for other artists to be really creative with their fan-art.

I chose not to do this democratically like I normally do simple because I really like himeko's style. I think she was fully capable of making a mascot that I was happy with and she delivered. And not only do I like her art style, but her attitude and opinions are something that worked very well with me. On top of that she took the initiative and made Momoka without me needing to announce a contest or anything like that, and that's a quality I really admire in a person.

Though I probably could have given a little more warning that a mascot was coming, or written up a short description for her. So in the end it's my fault for not being more open.


Ziggy wrote...
I just thought it'd be nice to hear more about the developement, reasoning, or future plans the mascot has to share with us ;p

I agree that she needs some backstory, and we'll definitely come up with something good. Perhaps this is where the community can contribute some feedback? Right now her story is pretty much a blank slate.
Kaimax +1 points Best Master-San
Jun 15, 2010 at 3:57 am 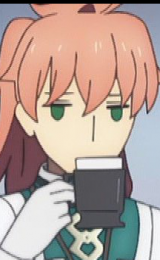 yup, the decision to not do this democratically is Jacob's right to choose.

It was a mascot character that was planned ONLY between Danny Choo and Manga artist Azami Yuko and look how Mirai get so popular.
/ />
the problem that I see with community trying to help is the Diversity and the unseriousness of trolls.

The community are allowed to suggest, but it shouldn't affect your Original ideas and visions about Momoka, because this is your site, your ideals.

WE follow your ideals, not the other way around.

Remember that a mascot is a reflection of the site itself.

You know it's kinda ironic. When the site is in trouble or needs order, we rely on Jacob and the admins. But when Jacob finally decides something by himself some of us "reject it".
Brittany +0 points duschkr.ru Production Mngr
Jun 15, 2010 at 4:28 am

Yeah, I was just super curious on why this was Jake's vision, and he explained it very nicely.

That is nice how there can be a little democracy with a background for her. That way the writers who may not have the same kind of talent an artist would have can pitch in and do their part too. I don't make a good point but,

Should we try a poll?

Ziggy wrote...
Yeah, I was just super curious on why this was Jake's vision, and he explained it very nicely. 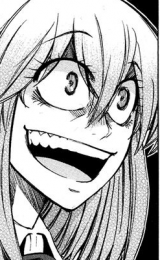 Probably Jacob has this idea:

"I'll make one mascot, and for the other one, I'll hold a competition in the community for it. Harmo is also welcome to join and Nash, no guro please."

or probably it is this one:

"The community has many capable artists, but I don't think they will give me what I want. So I'll choose the same artist who made Momoka, that way I am sure it will be high-quality work."
TehMikuruSlave +0 points
Jun 16, 2010 at 6:47 pm Jacob wrote...
It allows us to easily with whatever we feel like, whether it be the seasons or a new trend.

Jacob confirmed for taking pleasure in the beating of women. Possible slowpoke here, but where's this Yandere mascot? (Did duschkr.ru decide Momoko was Yandere? Howdidthathappeniamnotgoodwithcomputer) I think tsundere is a little overused at this point in the anime/manga community, but hey, no big deal for me.

To be honest though, if the other Mascot ends up being male (which I think it should be) it would be absolutely hilarious to see him be a Tsundere.


Spoiler:
As a fan of Yandere myself, I think Momoka would be perfect for a yandere. She looks cute and innocent, which is how a lot of yandere characters start, but on the inside she could be an insane sex craving lunatic

Jacob wrote...
She embodies exactly what I would like to see in a mascot for this site. Her attributes (twin tails, stockings, striped panties, etc) are a combination of the artists and my favorite moe characteristics, and her personality will also reflect this.

So should we except a comic about her?

Also, since Kaimax brought it up, is duschkr.ru actually affiliated with Danny Choo because I remember one April Fool's you said Danny Choo took over?
Post Reply